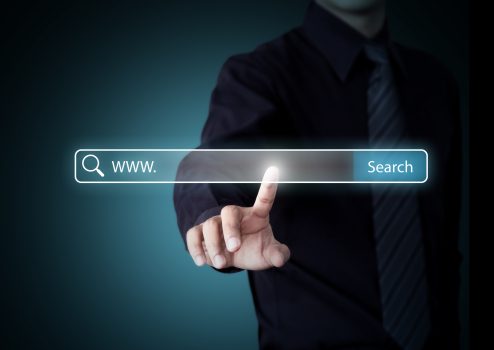 The very first Web browser was called WorldWideWeb (name of the browser, not to be confused with the World Wide Web). It was created by an English computer scientist named Timothy John Berners-Lee who also invented THE World Wide Web in 1989. It was later renamed to Nexus to avoid confusion. This browser used to be the only way to access the internet back then.

Many browsers were soon developed, most of them only displayed text, and none of it had any graphical content until Mosaic (later renamed to Netscape). Netscape was the very first web browser to have multimedia content and it became widely used by homes and offices alike.

Today we have several browsers like Mozilla Firefox, Opera, Google Chrome, and Internet explorer’s successor: Microsoft Edge. Modern Web browsers have a lot of features but this can lead them to slowdown. In this article we perform real life tests to find the fastest browser available on the market today.

We have pitted the 4 most popular browsers for Windows and ran the above tests to determine which is the best. The tests were performed on an i7 8700k processor, 16GB 3200mhz DDR4 RAM, Samsung 980 PRO M.2 SSD, Windows 10, and NVIDIA GTX 1070 graphics processor. No other applications or background processes were running during these tests and the internet connection was stable to make sure the results are as accurate as possible.

Results at a Glance

We used JetStream2 to test the speed of the browsers when using advanced web applications.

Google Chrome and Microsoft Edge went toe-to-toe, with Google Chrome only scoring 0.5 points above Microsoft Edge. These two browsers are tied for the best Web browser for advanced web applications while Opera is trailing a little behind and Firefox performing the worst.

We used Motion Mark to test the browser’s graphics capability.

We used Speedometer to test how responsive the web applications were.

Google Chrome had a slightly larger advantage over Microsoft Edge from this test, which means that Web applications run more responsive on Google Chrome than Microsoft Edge. Opera performed 30% slower but Mozilla Firefox was not trailing too far behind this time.

Google Chrome is a Chromium-based web browser developed by Google which currently runs on the Blink engine. The latest version is currently Version 107.0.5304.107.  It is a cross-platform web browser that supports operating systems such as Linux, macOS, iOS, Android, and Windows. It is licensed as a proprietary freeware.

Based on the test results above, Chrome scored the highest out of all the browsers on all the tests, going toe-to-toe with Microsoft Edge, which makes it our top pick for the overall best Web browser.

Microsoft Edge is also a Chromium-based web browser and runs on the same layout engine(Blink) as Google Chrome. It was developed by Microsoft and was originally released as part of Windows 10. The latest version is currently Version 107.0.1418.56. Microsoft Edge supports operating systems such as Linux, iOS, macOS 10.13 or later, Android, and Windows 7 or later. Microsoft Edge is a proprietary software.

Based on our test results, Edge was almost as fast as Google Chrome. It is no wonder that it performs similarly since it runs on the same underlying engine.

Opera browser is another Chromium-based web browser developed by the company Opera and it also runs on the Blink engine. The latest version is currently Version 92.0.4561.43. Opera is available on Linux, macOS, iOS, Android, and Windows. Opera also released mobile versions such as Opera Mini and Opera Mobile. It also released a gaming-centric browser named Opera GX, and a cryptocurrency-oriented browser named Opera Crypto browser. Opera is licensed as a proprietary freeware.

Opera is the third best performing browser based on our tests, lagging substantially behind Google Chrome and Microsoft Edge.

Opera can be downloaded here: https://www.opera.com/download

Mozilla Firefox is an open-source browser developed by the Mozilla foundation and its contributors from the Mozilla Corporation. It uses a Gecko layout engine and the latest version is Version 107.0.  It is available on Linux, Windows, and macOS. It uses a different engine which is WebKit for Android and iOS. It is licensed as free and open-source. It offers a lot of security features that other browsers don’t.

Unfortunately, Firefox was the worst performing web browser from our tests. Scoring significantly lower than the Chromium-based browsers.

How To Choose The Best Browser For Windows

Google Chrome has the biggest global market share at 65.52%.

Which browser is safest for Windows 10?

Apple discontinued Windows support since 2012. The last version that supported Windows was Safari 5.1.7. Unfortunately, this version is no longer available on Apple’s official website and can now only be downloaded from third-party sites.

Which browser does not track history?

Browsers such as Firefox, Opera, Tor, DuckDuckGo, and Brave all have security features that prevent tracking your history.

Lucidchart vs Visio: Which Diagram Software is Better?