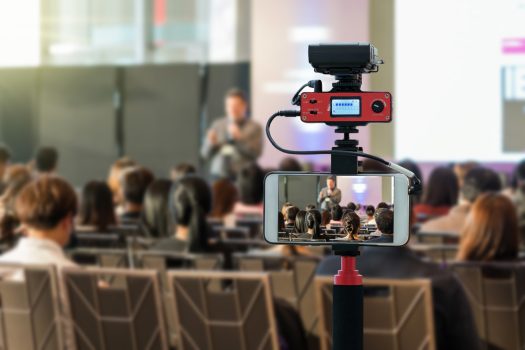 Livestreaming has risen in popularity in recent years following trends set by technological innovations, health standards, and the need to reach bigger audiences, among others.

With hundreds of services claiming to be offering online streaming, it could get confusing to pick the best option.

We will examine the main features and differences between Restream and OBS Studio. Read on to find out which of the two best fits your needs.

A Look into Restream

It has various features designed to make it easier for users to manage and stream their content, including a multi-streaming service, chat management, and analytics.

A Look into OBS Studio

It is widely used by streamers, content creators, and broadcasters to capture video from their desktop, webcam, or other video sources and stream it live to platforms such as Twitch, YouTube, and Facebook.

OBS Studio has a range of features that make it a powerful and flexible tool for video production. It allows users to capture audio and video from multiple sources, including desktop screens, webcams, and external devices such as microphones and cameras.

It also has various built-in audio and video effects, including filters, overlays, and transitions, that users can apply to their streams and recordings.

In addition, OBS Studio has a robust set of live-stream features, including support for multiple platforms, custom stream overlays, and integration with chat services such as Discord and Twitch.

Similarities Between Restream and OBS

Both Restream and OBS Studio can be used for live-streaming video content. Here are some additional similarities between the two:

While each offers a unique set of features, they mostly come together in the end because they are trying to solve the same issue.

Restream and OBS Studio support similar platforms but do this in different fashions. This is because Restream is a cloud-based service while OBS Studio needs to be installed natively on your device for it to work.

Restream and OBS Studio are both commonly used for live streaming and video production. However, they serve somewhat different purposes.

OBS Studio is primarily a tool for capturing and streaming video in real time, although it can also be used for post-production video editing.

On the other hand, Restream is a platform that allows users to stream their video to multiple platforms simultaneously. It provides a range of features for live streaming, including support for multiple platforms, custom stream overlays, and integration with chat services such as Discord and Twitch.

Restream primarily focuses on enabling users to stream their video to multiple platforms simultaneously rather than on video capture and editing.

So while OBS Studio and Restream overlap in terms of their capabilities, they serve somewhat different purposes and are used for different aspects of the video production process.

OBS Studio is primarily used for capturing and streaming video in real-time, while Restream is primarily focused on enabling users to stream their video to multiple platforms simultaneously.

Both offer a range of features for managing and optimizing the quality of the stream, such as support for multiple audio and video sources and the ability to adjust bitrate and resolution.

Both allow users to set up and customize their own streaming and recording configurations.

However, Restream seems to have a limited array of options. It can take a while before you get close to what you need.

With OBS Studio, things are slightly more complex but much better than Restream. Any configuration can be made using the custom scripts that make an integral part of the software.

However, you must learn to write these scripts before you can use them. The freedom to do anything comes with the sacrifice of learning to do whatever you need.

Differences Between Restream and OBS

Restream and OBS Studio take different approaches to live streaming. This leads to a set of points that set them apart:

Restream offers a range of features designed to make it easier for users to manage and stream their content, including a multi-streaming service, chat management, and analytics

OBS Studio has a range of advanced features for recording and streaming video, including support for multiple audio and video sources, scene transitions, and real-time video editing. Additionally, OBS Studio has an intuitive screen recording feature.

Restream supports streaming from various devices, including computers, mobile devices, and webcams, as well as from professional video capture devices such as the Elgato Game Capture HD and the AVerMedia Live Gamer Portable 2.

It also supports streaming from gaming consoles, such as the Xbox One and PlayStation 4 & 5, and professional video cameras, such as the Canon XF305 and the Panasonic AG-DVX200.

It Studio also supports streaming from gaming consoles, professional video cameras, and other input sources, such as audio devices and image files.

OBS Studio also can capture and stream the desktop of a computer running Windows, macOS, or Linux.

Both Restream and OBS Studio support a wide range of streaming platforms, but the specific platforms supported by each can vary.

Ease of Setup and Use

Restream is generally easier to use than OBS Studio, as it is a fully-featured, cloud-based platform with a user-friendly interface.

On the other hand, OBS Studio is a software program that requires users to set up and customize their own streaming and recording configurations.

There are no specific streaming hour limitations on Restream as long as you have an active subscription plan.

OBS Studio has no specific streaming hour limitations, and you can use it for as long as you like.

However, keep in mind that streaming for long periods can strain your computer’s resources and may result in decreased performance.

It is generally recommended to take breaks and allow your computer to rest in between streams to prevent overheating and other issues.

Additionally, streaming for long hours on end can cause your audience to disengage. It is best to take breaks here and there to allow your audience a break to do things outside of the streaming service. This break can also be used as an opportunity for monetizing the service.

Both Restream and OBS Studio support the ability to stream video in full HD (1920×1080) resolution.

Restream supports streaming in full HD resolution, as long as the streaming platform that the user is streaming to also supports full HD streaming.

In OBS Studio, users are allowed to specify the resolution and frame rate of the video stream, so users can choose to stream at a lower resolution or frame rate if desired.

Both Restream and OBS Studio offer integration capabilities with a wide range of tools and services.

Restream also offers integration with a variety of professional video capture devices, such as the Elgato Game Capture HD and the AVerMedia Live Gamer Portable 2.

Just like Restream, OBS Studio offers integration with a variety of tools and services, including audio and video capture devices, such as microphones and webcams, as well as audio and video files.

Most importantly, OBS Studio allows custom scripts and plugins to extend its functionality and integrate with other tools and services.

Restream and OBS Studio have different sets of collaboration tools.

Restream provides collaboration tools to help users stream effectively with their team. These tools include inviting team members to a stream, assigning roles and permissions, and collaborating on stream scheduling and production.

Restream also provides tools for stream management, such as the ability to monitor streams in real-time and moderate comments and chat.

OBS Studio does not have built-in collaboration tools, but it supports using third-party plugins that can add collaboration features to the software.

OBS Studio also has a built-in chat feature that allows users to communicate with their audience during a stream.

Restream and OBS Studio have different data and analytics tools.

Restream provides a variety of data and analytics tools to help users understand the performance of their streams and how their audience is receiving them.

It also provides tools for tracking the reach of streams and identifying the audience’s demographics.

OBS Studio does not provide data and analytics tools. However, many streaming platforms supported by OBS Studio provide analytics tools to help users understand the performance of their streams and how their audience is receiving them.

For example, YouTube and Twitch both provide analytics tools that show the number of views and engagement on streams, as well as historical analytics on the performance of past streams.

Restream and OBS Studio have different monetization options, although none directly offers the means to monetize streams.

Either Restream or OBS Studio can be used with streaming platforms offering monetization options.

For example, users can stream their content to YouTube, which offers monetization options such as advertising revenue sharing and merchandise sales.

However, OBS Studio is unique and takes a different approach. You must integrate with all these services individually to see some in-flow of cash.

Custom scripts can also automate this service, although you have to learn how to generate such scripts beforehand.

OBS Studio is free to download and use. It is open-source software that is maintained by volunteer developers all over the world. Donations are always welcome, but it really is up to the donor. No payment is required to download or use the software.

Unlike OBS Studio, Restream is a subscription-based service with pricing plans categorized as individual or company plans.

It also offers plans for organizations including:

Customer Support and Knowledge Base

Restream provides customer support to its users through various channels, including email, live chat, and a knowledge base.

The knowledge base contains articles, guides, and tutorials on a wide range of topics related to using Restream and streaming.

Restream also offers a community forum where users can ask questions and get help from other users and Restream staff.

Like many free and open-source software, OBS Studio does not have a dedicated customer support team, but it does provide a knowledge base and documentation on its website.

The documentation includes guides, tutorials, and FAQs on using OBS Studio and streaming in general. OBS Studio also has a community forum where users can ask questions and get help from other users and OBS Studio developers.

Below are some of the most important pros and cons that may help one decide which of the services is best for the intended purpose:

While Restream and OBS Studio seem to be competing, none can be ranked above the other because each has a unique scenario where it shines.

When to Use Restream

When to Use OBS Studio

OBS Studio is a good choice for users who are comfortable with software programs and want a high level of customization for their streaming and recording setup.

It is particularly well-suited for users who want advanced features for recording and streaming video, such as support for multiple audio and video sources or real-time video editing.

DISCLOSURE: We’re reader-supported. When you buy through links on our site, we may earn an affiliate commission.

Webflow vs Bubble: Which Website Builder Should You Use?

Lucidchart vs Visio: Which Diagram Software is Better?